This Space-Age Woodie Gave Graphiki the Edge in Canada 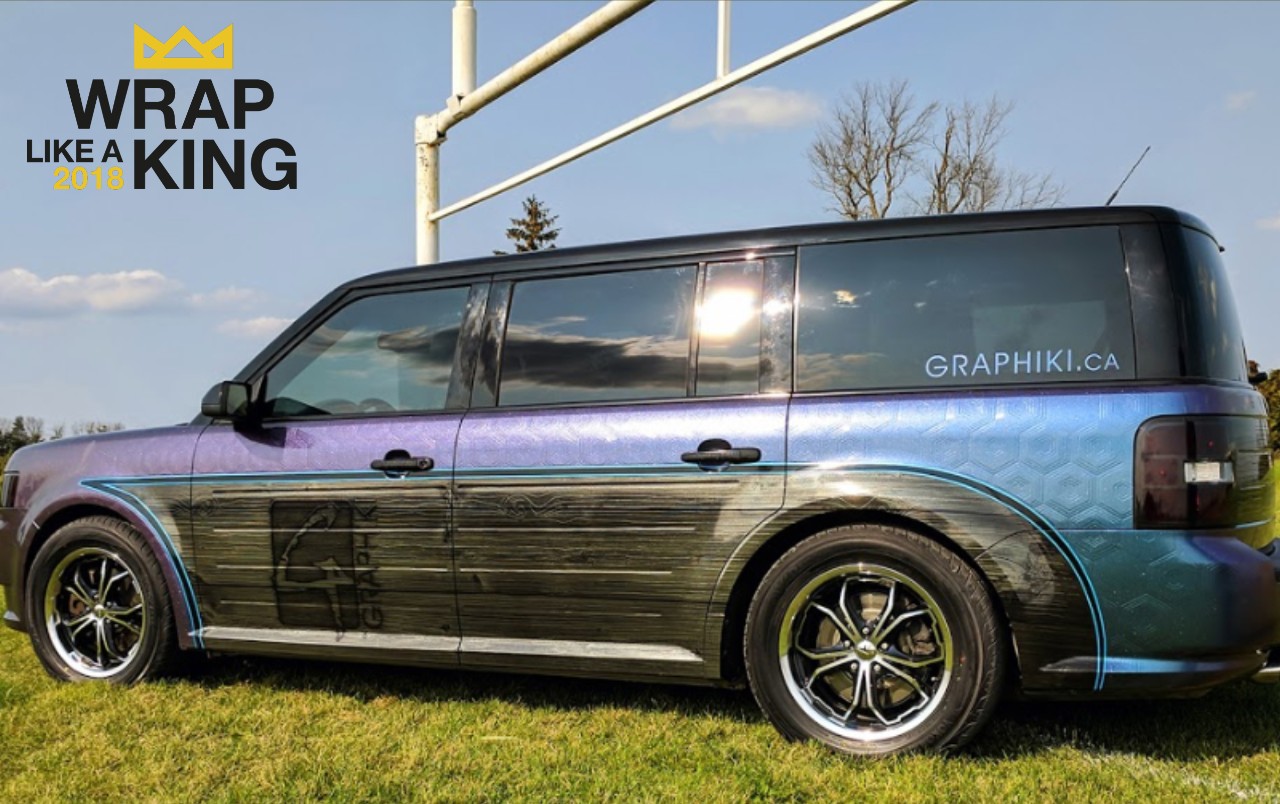 Neil Robichaud, owner of Graphiki, and Nick Dart, a designer and production staff member, were not strangers to the Wrap Like A King competition. They had submitted multiple wraps in the past, but none had attracted the attention of their 2017 entry.

What started as a throwback homage to woodie cars, old vehicles featuring side panels made of wood or wood grain, became a more futuristic vehicle wrap as the design process moved forward.

“It was a collective process at our shop, and we wanted to try for vintage graphics at first,” said Dart. “Eventually, the wood paneling idea became a wood grain design printed on chrome film, and we created a modern look around it with colorful hexagons.”

The use of Conform Chrome to make a futuristic wood pattern would have been impressive on its own, but a raised honeycomb texture made from ColorFlow has been the big draw when the car is out on the town. 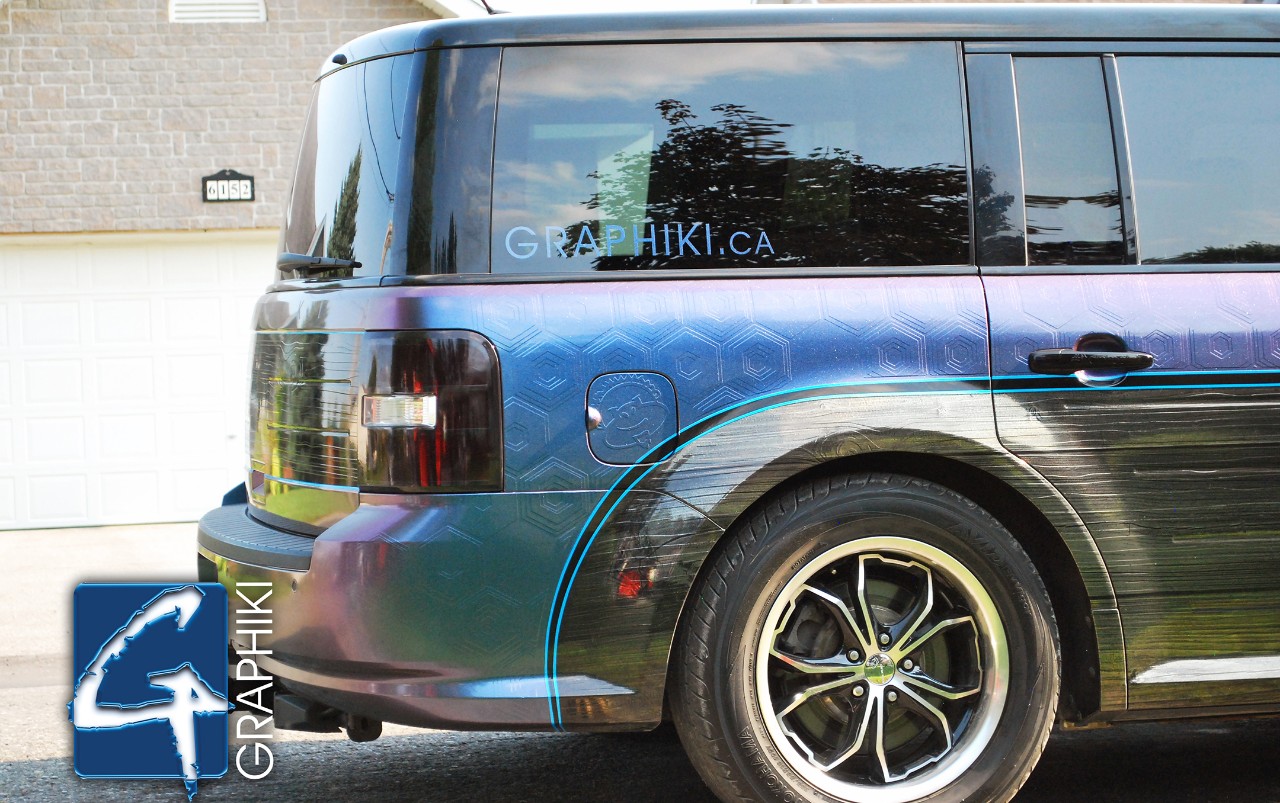 “A lot of people come up to the car when I’m driving around,” said Robichaud. “I left it in a parking lot at a job site once and came out to find a couple of guys in awe at how they could feel the pattern. We’ve done more embossing work since the wrap has shown customers what’s possible.”

Though Graphiki focuses mainly on commercial and fleet vinyl applications, the Wrap Like A King project is now a centerpiece at the shop. A printed canvas, which also features the same texture as the car, is hung above their front desk.

Neil and Nick have been working on a project that might be a good fit for this year’s Challenge, but they’re not giving anything away just yet.

Whether you’re new to Wrap Like A King or have tried your hand in the past, you could be wearing the crown in 2018. Show us what you’ve got at avydn.co/WLAK2018.