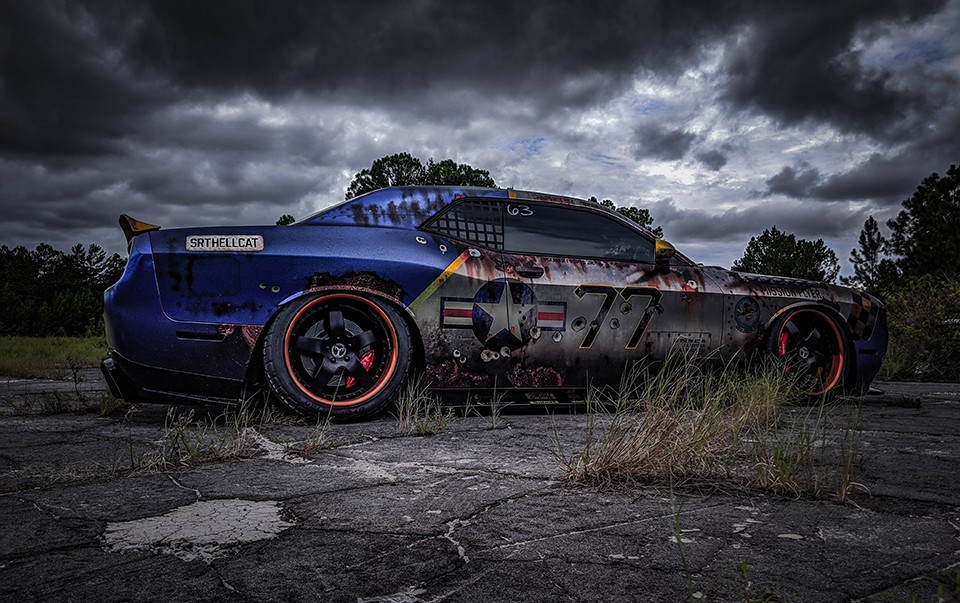 Wrap Like A King is one of the year’s most prestigious events for wrap installers, and one of the most successful wrap shops in the competition claimed another crown. MetroWrapz of Hollywood, FL has won four Wrap Like A King honors, including multiple regional winner and “King of the Wrap World” titles, but their greatest prize in 2018 was giving back to an active serviceman.

Mission Flyer 2.0 is the sequel to a previous wrap done for active duty US Air Force Flight Engineer Romeo Peart. Stationed in Syria, Peart stays up to date with his love of cars and car wraps on the MetroWrapz Instagram account.

“Romeo first came to us to have his Dodge Challenger wrapped, because he believes we have the best designs,” said Bruno Dede, President, MetroWrapz. “He told us that our Instagram page is his morale upper while he’s in Syria, so we wanted to make something special for him.” 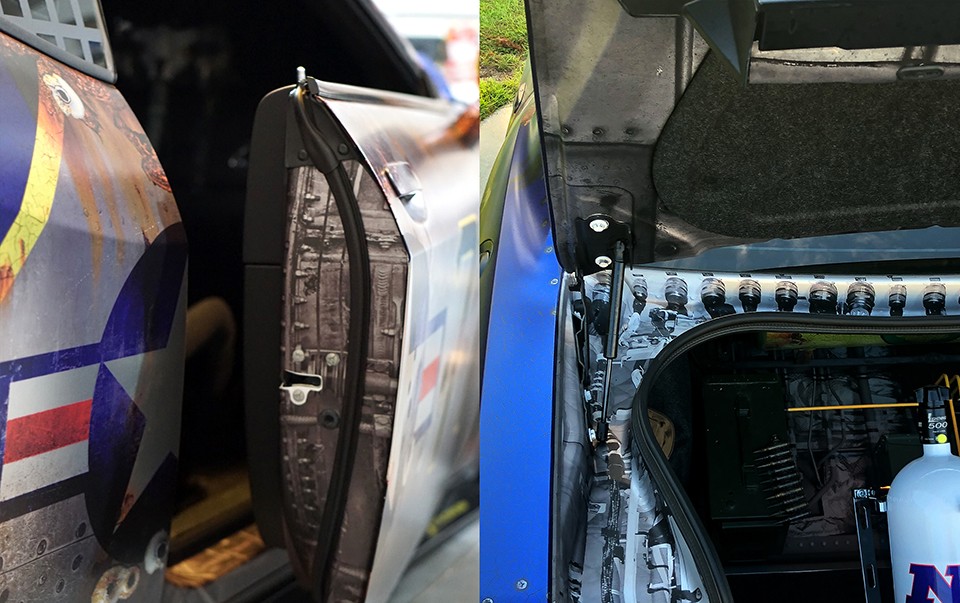 A Wrap Like A King win was the cherry on top for a design that aimed to capture the real life look of WWII-era P51 Mustang warplane with added personal touches from Peart’s life.

“Using Conform Chrome Silver and an Avery Dennison matte laminate made the metal design look like the real exterior of a plane,” said Dede. “The features under the hood and in the trunk gave the appearance of real bolted-on metal, and plenty of people who have seen the car do think these accents are real.” 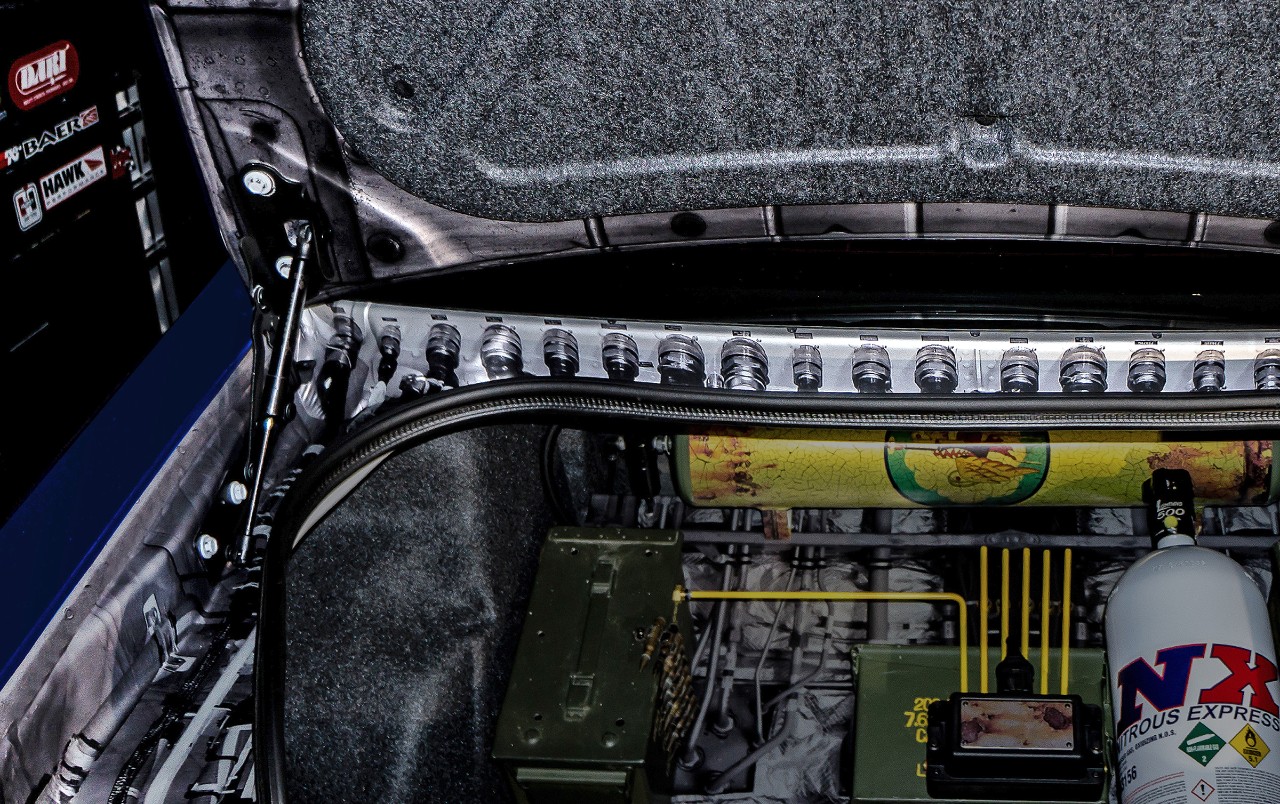 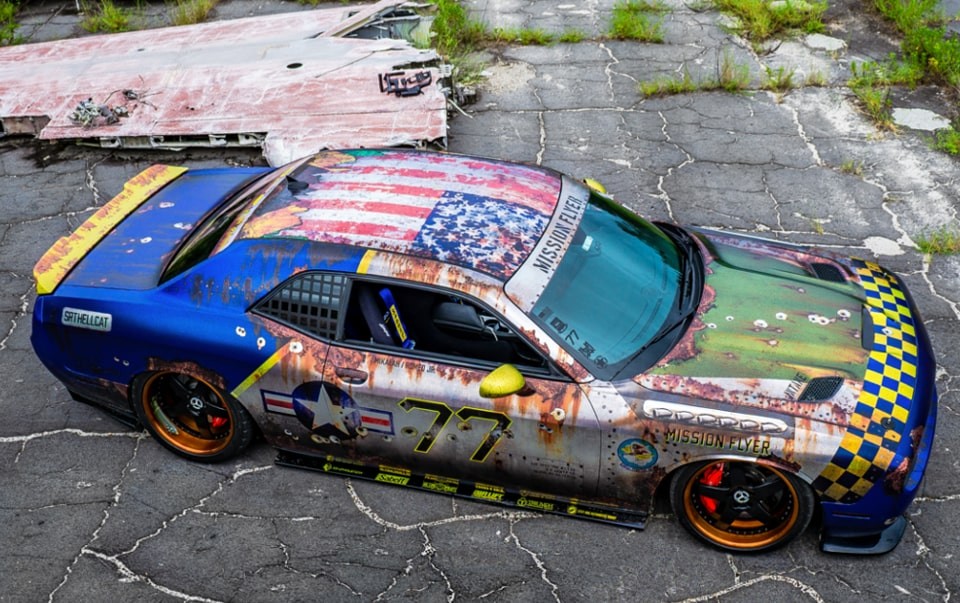 Other small details that made this a one-of-a-kind wrap were wrapped door jambs that look like a cross section of a plane’s fuselage and a tattered American flag on the roof that shows a Jamaican flag peeking out from underneath. Peart has Jamaican heritage, and MetroWrapz honored both his dedication to the United States and his family history in the design.

“We’re grateful and humbled to take home the world trophy, and we’re proud of Romeo for winning awards at every car show that he’s displayed Mission Flyer 2.0,” said Dede.

Three days of design and three days to wrap were all that MetroWrapz had to complete this super realistic project. The judges could not have been more impressed. Learn more about Mission Flyer 2.0 here, and check out all the Wrap Like A King winners at wraplikeaking.averydennison.com.