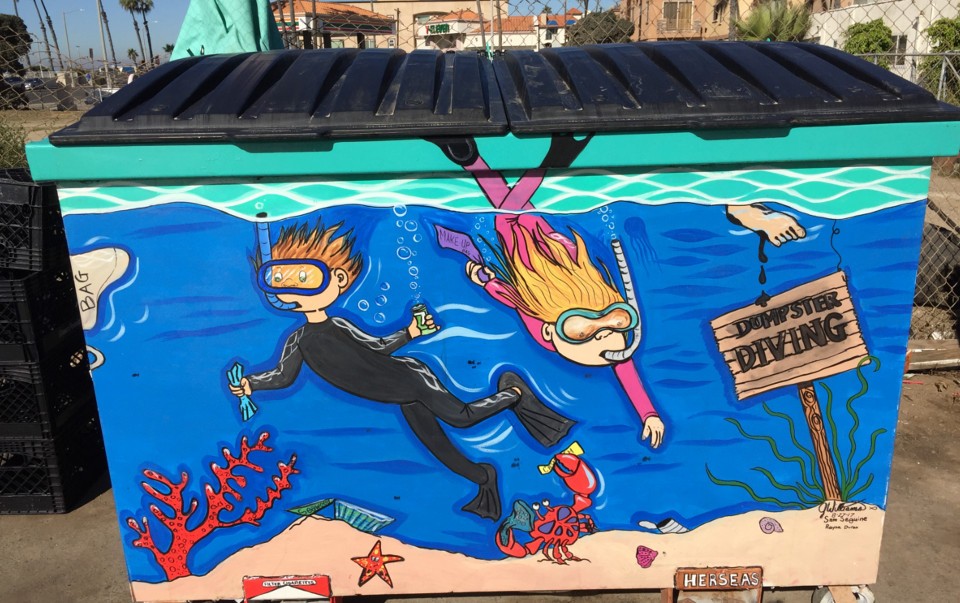 Keeping a city beautiful is a major point of civic pride. Throughout the United States and Canada, major cities and small towns have put in place initiatives to showcase local culture and artists by “prettying up” less glamorous everyday objects and spaces. The benefits of these renovation programs are obvious - they leave visitors with a better impression of the area and give local residents a greater sense of pride around their hometown.

Included in this trend, some municipalities have used wall murals and untouched canvases, like traffic boxes and utility stations. Huntington Beach, California wanted to bring attention to a part of the town that most would rather forget about - its dumpsters. With the help of the Huntington Beach Public Art Alliance (HBPAA), 30 local artists, a local vinyl film installer and Avery Dennison overlaminate, this unconventional project became a huge hit.

Michael Dmytrow’s prowess with vehicle and architectural wraps at Surf City Graphics caught the eye of the HBPAA when it wanted to wrap electrical boxes throughout the city. Due to the success of that project, HBPAA looked to Dmytrow again to help install for their Dumpsters on Parade project. The event brings together 30 artists who transform dumpsters from dingy eye-sores, to eye-catching works of art. HBPAA asked Dmytrow to protect the artists’ work with an overlaminate that prevented graffiti but would not obscure the artists’ creations.

To learn more about this project, you can read the full case study here.