MetroWrapz' Dedication to Design Wins Regional
Wrap Like a King 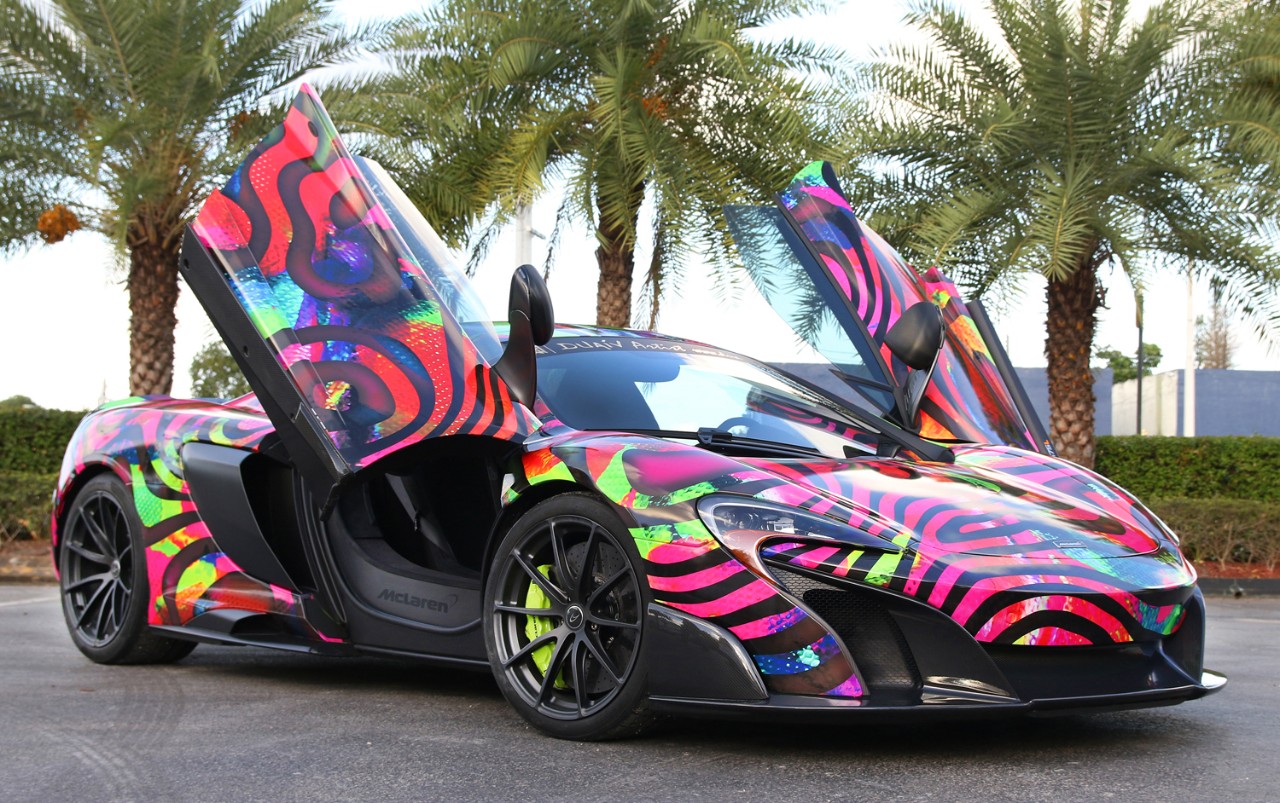 Bruno Dede from MetroWrapz won the North America South Region of The 2017 Wrap Like a King Challenge with a car his shop wrapped for a world-renowned artist. We talked with him about the story behind the striking wrap.

Duaiv, a French-American painter, was looking for inspiration, not for his next work, but for his personal vehicle. His sports car was a blank canvas that he was not sure how to cover. Dede, who grew up around grandfather and uncle, both artists in Italy, was a fitting choice to help the painter.

“He was unsure of how the colors would come out in a wrap,” said Dede. “We color correct everything in our shop, so I assured him that wouldn’t be an issue.”

Duaiv brought Dede to his studio to see what might strike them. There was a suitcase in the studio that featured a design that could work. It would need some additional artistic flair, because Duaiv wanted something truly dynamic for his car. From there, Dede snapped some photos of the suitcase and spent time meticulously manipulating them to fit a curvaceous car.

Dede and his in-house designers were rewarded for their proof work including a stash of different designs and variations with admiration from a traditional artist, but they didn’t rest on their laurels.

“Making every line match up around the vehicle was very important to me,” said Dede. “For the complex curves on the back end of the vehicle, we had to print pieces two, three, four times to get it just right. I wouldn’t settle for it being close.”

This unwillingness to compromise the vision and the use of MPI 1105 and Supreme Wrapping Film Carbon Fiber Black accents made the Duaiv Masterpiece wrap a truly special piece among the many printed wraps that were submitted. The MetroWrapz slogan “Our Wraps Create Hype” was proven correct when the project claimed the North America South regional crown.

The artist enjoyed his car’s new look so much, he had MetroWrapz add the design to his cello, on which he performs as a classical musician. Learn more about what Avery Dennison vehicle wrapping films can accomplish.