Mentor, Ohio, January 24, 2017 – There were so many amazing graphic installations in 2016, and it was hard to pick the best from such an outstanding offering. With that said, we have compiled our top 15 unique and impressive wrap projects created with our digitally printable and screen and cut vinyl films. Eight non-traditional wraps and seven vehicle wraps were chosen based on their noteworthy and creative use of Avery Dennison films.

“The annual list of top projects has become a highlight for Avery Dennison,” said Jeff Losch, marketing director, Avery Dennison Graphics Solutions. “It’s exciting to see how our films, whether recently-released technology or classic color change, can be used in a multitude of applications. Over the past few years, the vinyl industry has been changing to become more visionary and resourceful and we see that reflected in this year’s Top 15 list.”

Austin Extreme Graphics wrapped five traffic control boxes throughout hometown, Austin, Texas. The shop used Avery Dennison® MPI 1105 for the installation of the vibrant prints that were commissioned by the City of Austin. 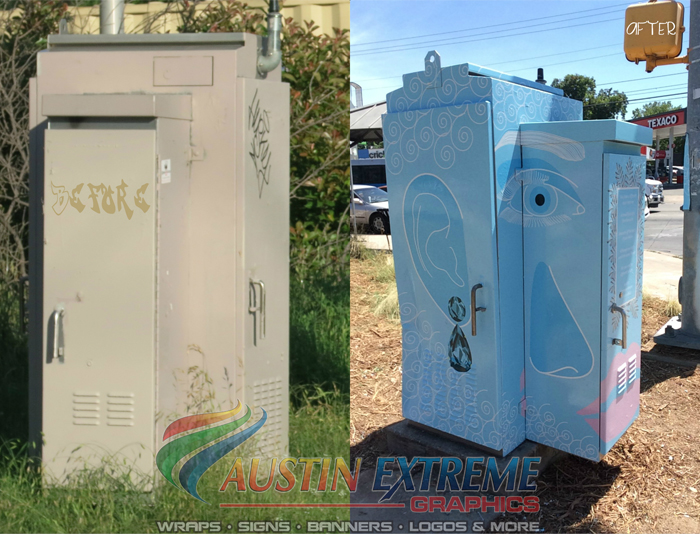 Shane Lloyd, of GeckoWraps in Las Vegas, wrapped a young customer’s bed in digitally printed blue camouflage. Avery Dennison® MPI 1105 was used to transform it into something he can use for years to come. 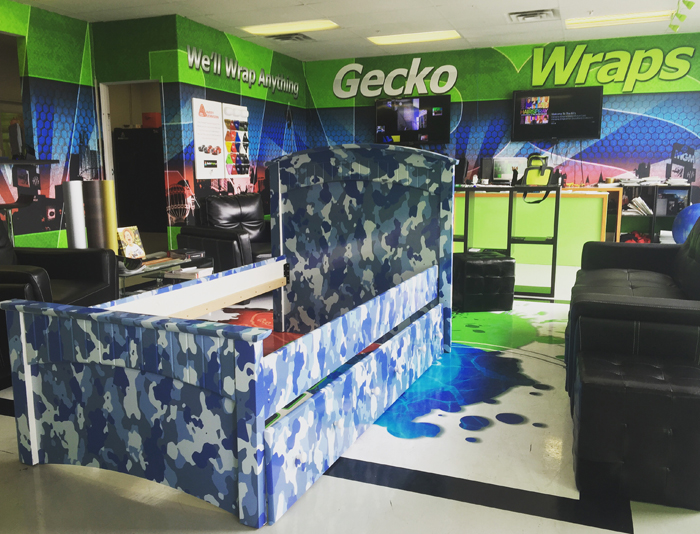 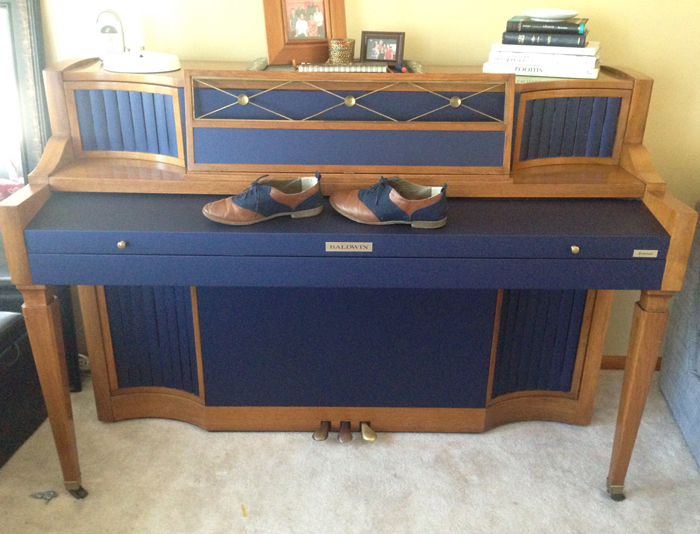 John Lawson, formerly of USA Image, captured the history of the Germantown Mill Lofts with the help of Avery Dennison® MPI 2105 and DOL 2080. The Germantown Mill Lofts is a residential project that converted an old mill in Louisville into lofts. Large, mural-style photographs from when the mill was in operation are featured throughout the complex. 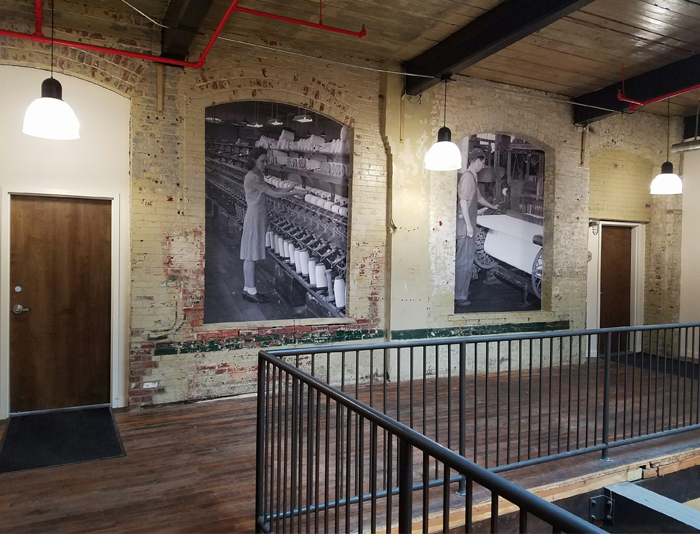 Avery Dennison® Supreme Wrapping™ Film Gloss White was used to enhance the backsplash of this kitchen. Sven-Mikael Mikkelsen, of SM Custom in Kongsvinger, Norway, wrapped his kitchen to add extra value when selling his home. 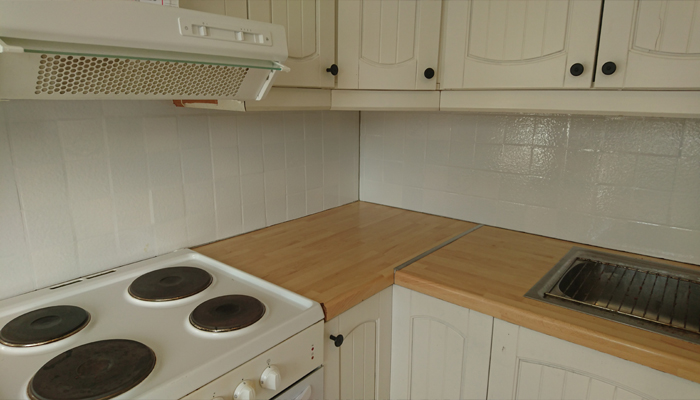 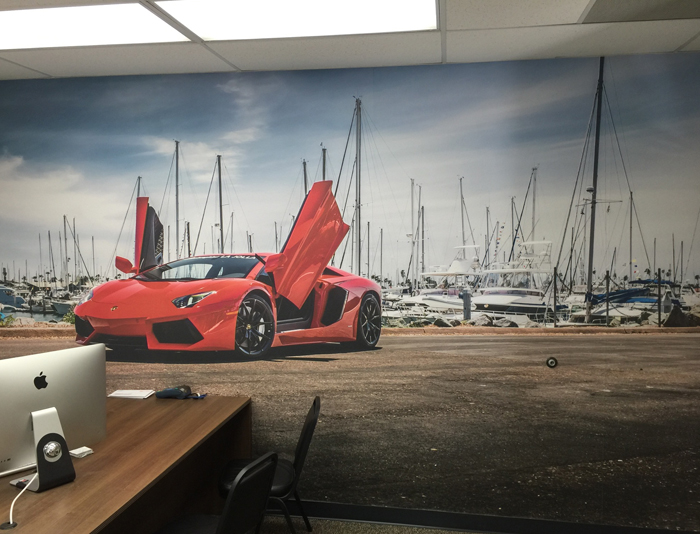 After Bill Lee, of Wrapstar, inherited his grandfather’s pool table, he wanted to update it to make it match his home’s interior. Lee used Avery Dennison® Supreme Wrapping™ Film Diamond White to make something old into something new. 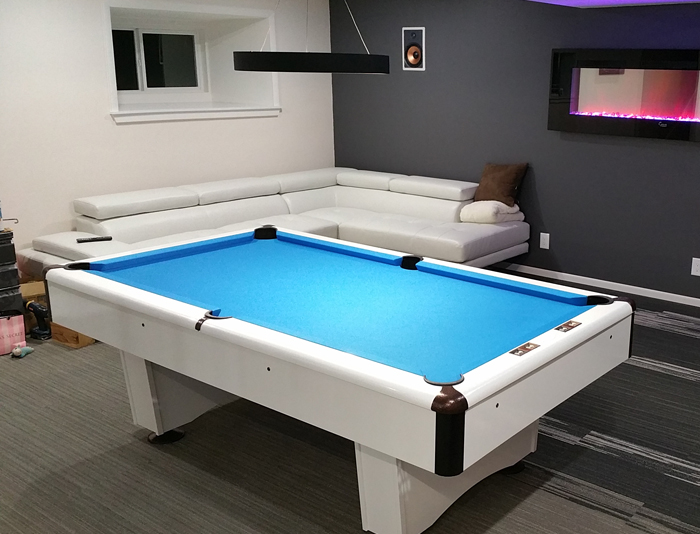 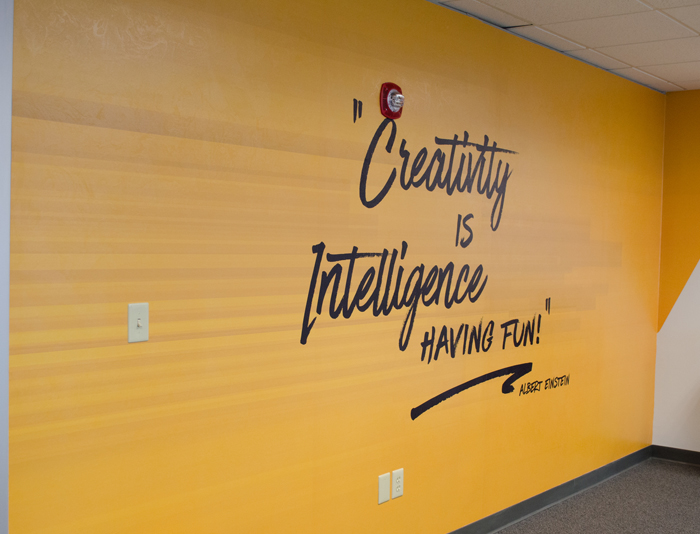 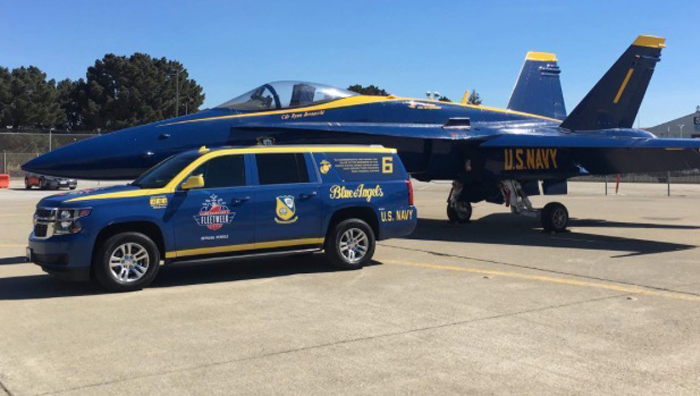 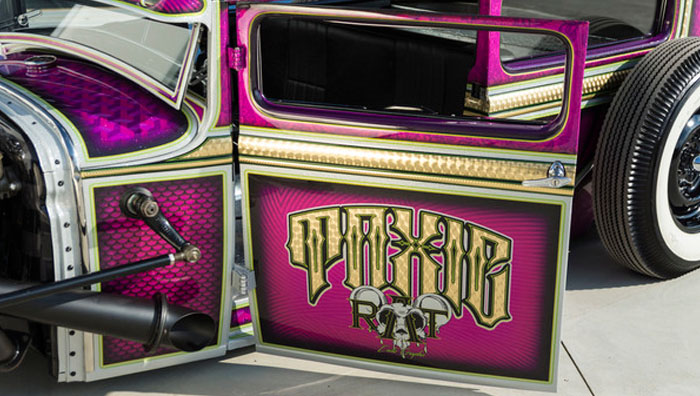 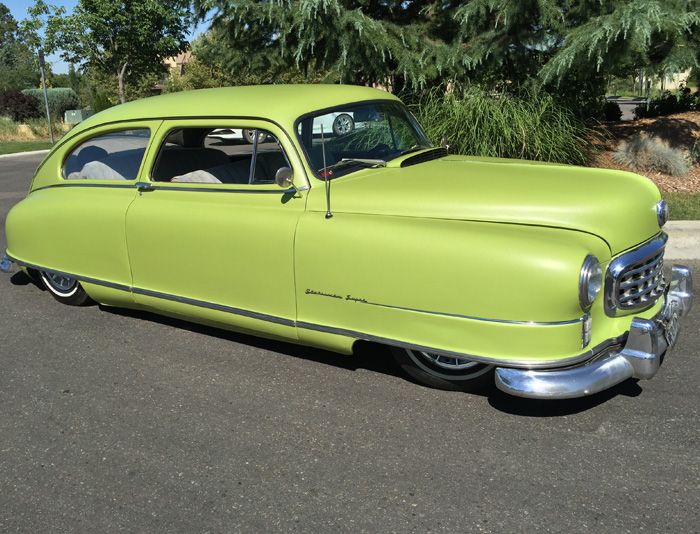 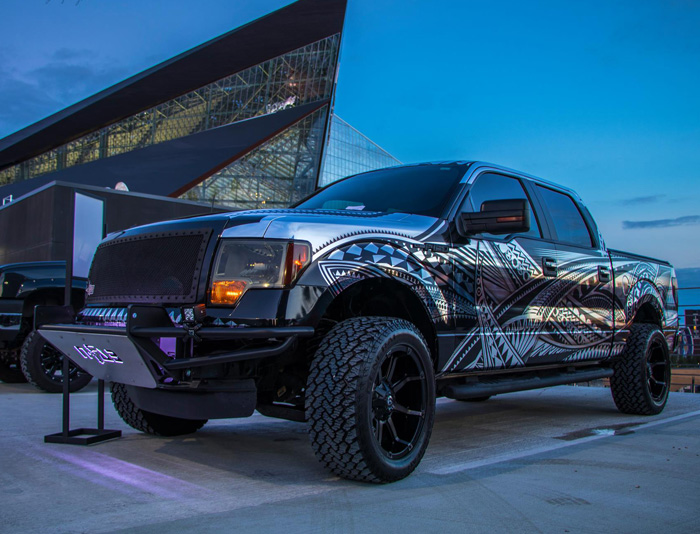 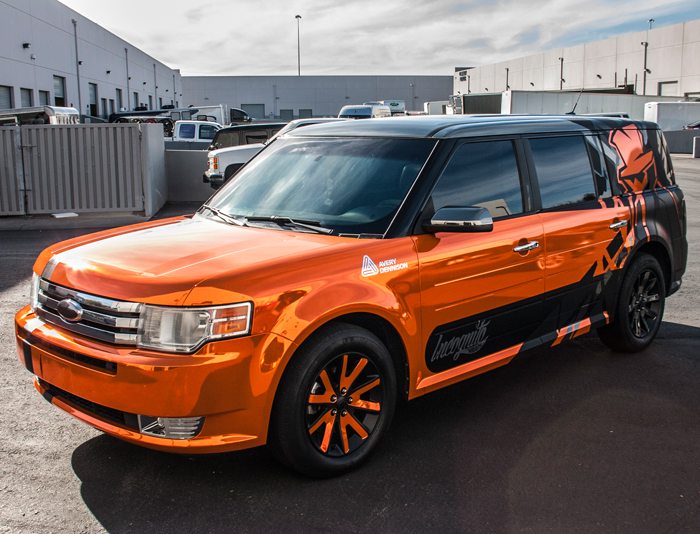 Alex Laughlin, driver for Gas Monkey Racing, burned up the track in this Avery Dennison® Supreme Wrapping™ Film ColorFlow Urban Jungle wrap. The racecar was wrapped at the 2016 SEMA Show in the Avery Dennison booth. 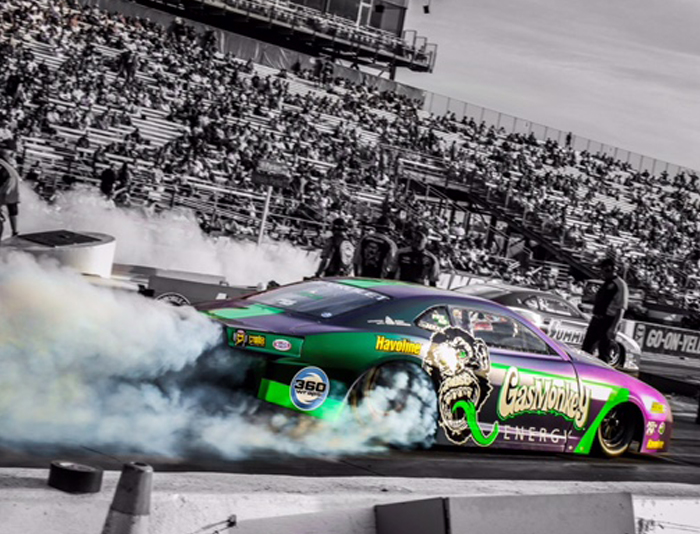 Rodney Blackerby of Diamond Graphix wrapped a 2015 Kenworth Heavy Duty Big Rig Tow Truck in Avery Dennison® MPI 1105 and DOL 1360z. For years the company was stuck with a bland white, tow truck, Diamond Graphix created a dynamic, digitally printed wrap to help the fleet stand out among the competition. 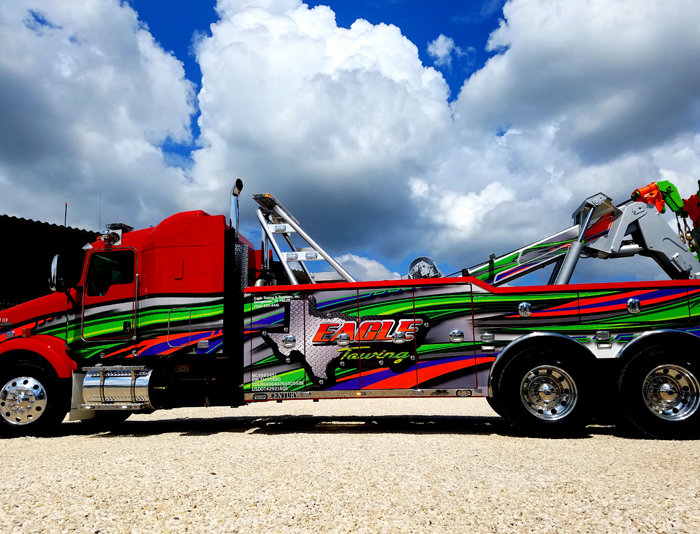 A segment of the Avery Dennison Materials Group, Avery Dennison Graphics Solutions provides imaging materials and service solutions for fleet, architecture and transportation markets. For more information, visit graphics.averydennison.com. Join the Avery Dennison conversation at www.facebook.com/AveryDennisonGraphics, follow us @ADGraphics_NA on Twitter and stay up to date by subscribing to Avery Dennison Works, a monthly e-newsletter.