Fighter Jet Wrapped in Chrome Draws Eyes to the Sky 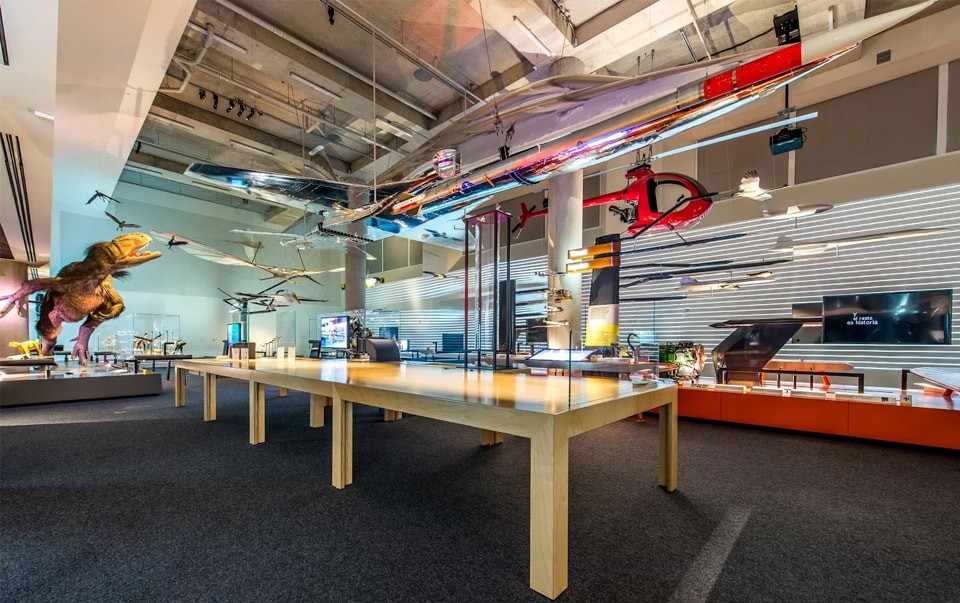 Fans of Avery Dennison films love a well-executed wrap, especially one on a sleek, luxury vehicle. We see it on social media all the time and never cease to be impressed by the way installers transform impressively crafted machines into real works of art. A recent project that really caught our eye with its slick execution was not done on a luxury car, but could be found in a museum exhibit.

The Phillip and Patricia Frost Museum of Science, which opened about two months ago in Miami and has had over 200,000 visitors, took one of the centerpieces of their latest exhibit to the next level with a vinyl wrap by Phat Auto Wraps, who used Avery Dennison Conform Chrome Silver film. This specific piece was a Northrop F-5B fighter jet, on loan from the National Museum of the United States Air Force, that hangs from the ceiling above an exhibit on exploration through flight, titled Feathers to the Stars.

“If you were to ask a kid what their favorite things at a science center are, chances are you get one of three answers: dinosaurs, aircraft and space,” says Dr. Jorge Perez-Gallego, curator of astronomy, Frost Science. “Feathers to the Stars carries you through the amazing story of how ancient evolution gave birth to animal flight, how humans used imagination and engineering to get airborne and how outer space is the next frontier.”

All three of the kid-friendly favorites are included in this ambitious display that pieces together a complete story of flight. The educational story behind the exhibit follows the evolution of dinosaurs into the same birds that inspired us to fly and moves into our greater challenges of navigating space exploration. The F-5’s specific contribution to the exhibit is to show the engineering feats that brought humans into flight.

“The Northrop F-5B Freedom Fighter above the gallery is part of a supersonic light fighter family, and it was capable of flying at speeds 1.6 times faster than the speed of sound,” says Perez-Gallego. “Its chrome exterior brings attention to the shapes and forms that allowed supersonic flight.”

Perez-Gallego was very pleased with the plane wrap as it was a “perfect fit to a very stylized yet welcoming gallery about the past, the present and the future of flight.”

See what events and exhibits are coming to Frost Science in the future at frostscience.org, and learn more about Avery Dennison Conform Chrome films here.