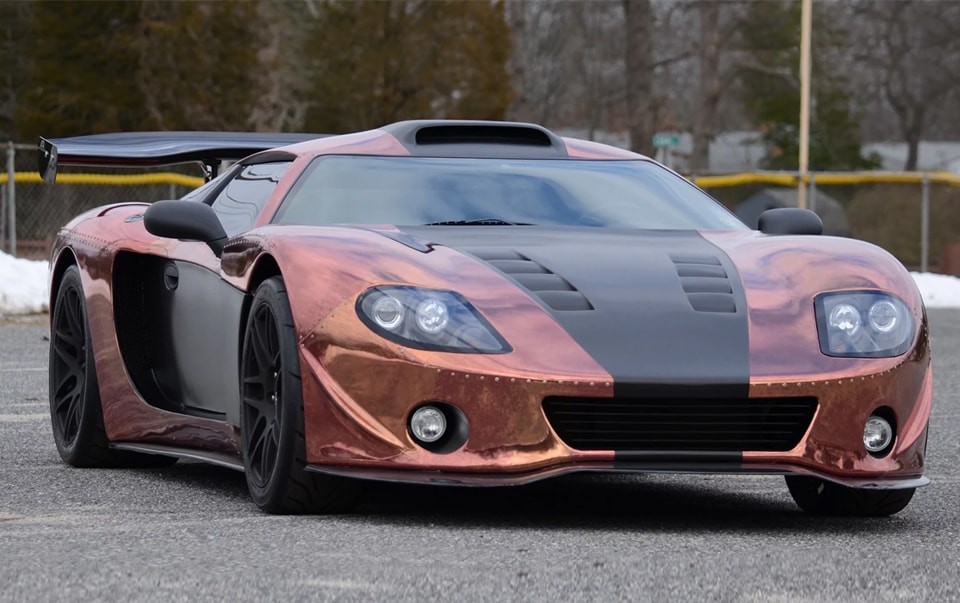 Designer Wraps of Pitman, New Jersey has the rare distinction of being a two-time regional winner in Wrap Like a King. Sean Tomlin, owner of the shop, has taken the North America East region in both 2015 and 2016, but he’s not done yet. He is still seeking the title of King of the Wrap World, and we caught up with him to talk about his past, his victories and his upcoming attempt at returning to wrap glory.

What inspired you to become a wrap installer, and how long have you been in the business?

Sean Tomlin: I was a web designer and I built a website where people could design their own thing and get it produced. Out of my parent’s garage, I would create decals for people to stick on walls, doors and other surfaces. At the time, in 2006, I was also working in marketing and advertising for a nonprofit. People who knew me locally started asking for signs and truck lettering. Vehicle wraps were starting to grow and I wanted a piece of it.

After purchasing a laminator, plotter and printer, I signed up for vehicle wrap training. The first one I ever wrapped was in my parents’ two-car garage with aggressively adhesive material in 100 degree heat. I couldn’t stop and continued to build business on the web and locally. I moved out of my parent’s garage and rented a small shop in 2008, the same time I quit my day job. With a connection to a local race track and exotic cars, we became the place to have exotics wrapped with customers from all over the Northeast and East Coast.

What did it mean to your shop to win your region two years in a row?

ST: Aside from bragging rights, it helps with the publicity that comes with it. It afforded us the ability to be featured. People on social media are sharing the wraps. As a winner, we submitted the story to magazines and have been featured in Sign Builder Illustrated. When people walk into our showroom, they get to see we were back-to-back winners. Potential customers know they can trust us, whether they have a fleet or exotic vehicle. Also, going to Las Vegas for SEMA is great for networking with peers, along with Avery Dennison executives and distributors.

What inspired your two NA East winning wraps, the Custom Chrome Shelby 1000 in 2015 and the Riveting Copper Chrome GTM in 2016?

ST: For the Chrome Shelby, a guy came to us from upstate New York. He saw chrome cars we had done in the past. We were the first to do color chrome in the United States, with a wrap on a Lamborghini. The customer was looking for something completely out of the box. He wanted to leave some of the car’s original blue, but with crazy design elements on top. I’m into graffiti, so  we created a grungy-abstract theme on chrome.

Our entry in 2016 came from a repeat customer out of Pittsburgh. He gets so much attention out of the chrome Fisker Karma we wrapped several years ago and he loves it. He originally hated the matte white of his Factory Five GTM Supercar, so he gave us free reign to come up with a new look. His only instructions were that he wanted chrome and black. We began to think about copper, but we knew people had tried the color without success. Brass with kind of a steampunk look would be pretty cool, though. We came across a copper steam kettle pot with a patina on it, and this inspired our work with Skepple design to nail the color down through samples. After the color was found, we had to think of how to do rivets, and the best solution was to buy real rivets, hundreds of them, and cut the heads off before spraying them with a custom color and gluing them to the wrap. 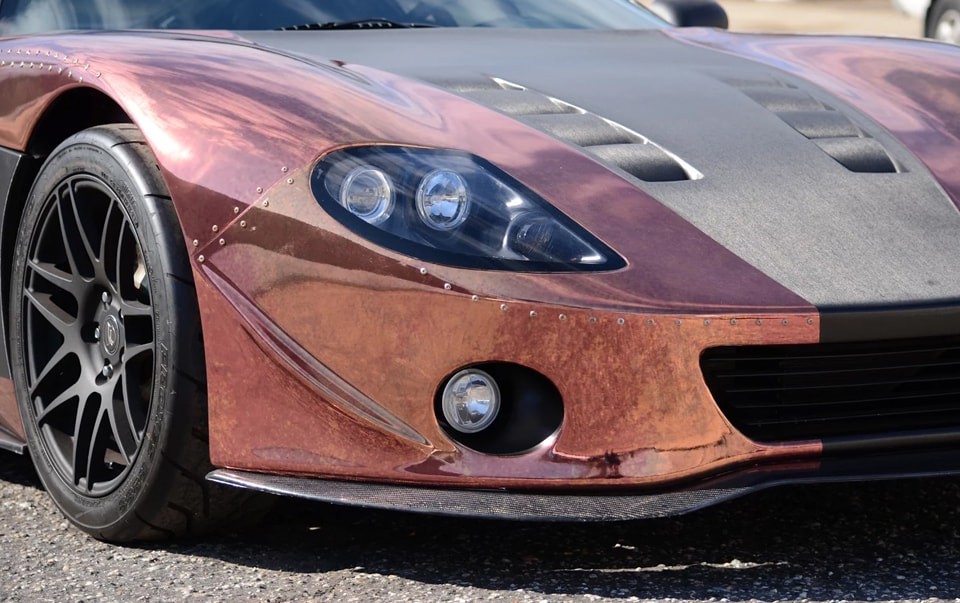 Do you have any advice for new entrants to the Challenge?

ST: Do your best to be different. A lot has been done, but that’s why it’s so challenging and so fun. There’s so much competition. Don’t be afraid to try new designs and materials.

What is your opinion of Avery Dennison films?

ST: Bar none, they’re the best on the market. Their ease and quickness of install, air egress and slideability cannot be matched by any other film producer. Their conformability and print quality are great too. We go through a lot of it and we have no intention of switching.

ST: Yes, we are still working on the design and we know we’ll really have to push boundaries to win.

If you think you are ready to wrap like royalty, check out this year’s Challenge at wraplikeaking.com. Stay up-to-date on all the latest from Avery Dennison. Connect with us on Social Media.