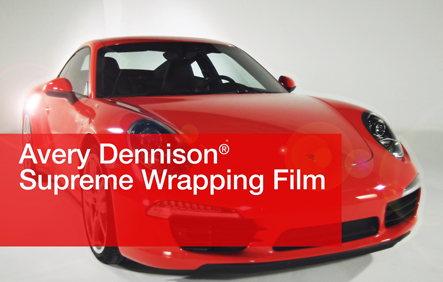 “Time saving, easy-to-apply, superior performance and long-term removability are the characteristics that vehicle wrap applicators and installers are looking for,” added Maley. “Avery Dennison Supreme Wrapping Film provides all of these benefits and is available in a wide variety of colors and finishes.”

Avery Dennison Supreme Wrapping Films are dual-layer films that combine color, texture and clear protective layers, providing a smooth, paint-like finish that is both durable and dazzling. The films also feature patented Avery Dennison Easy Apply™ RS Technology, allowing the film to slide over the surface of the vehicle so it can be positioned correctly and quickly. Slideability is not a feature of standard vehicle wrapping films.