New Format and New Regions Headline Wrap Like a King 2017 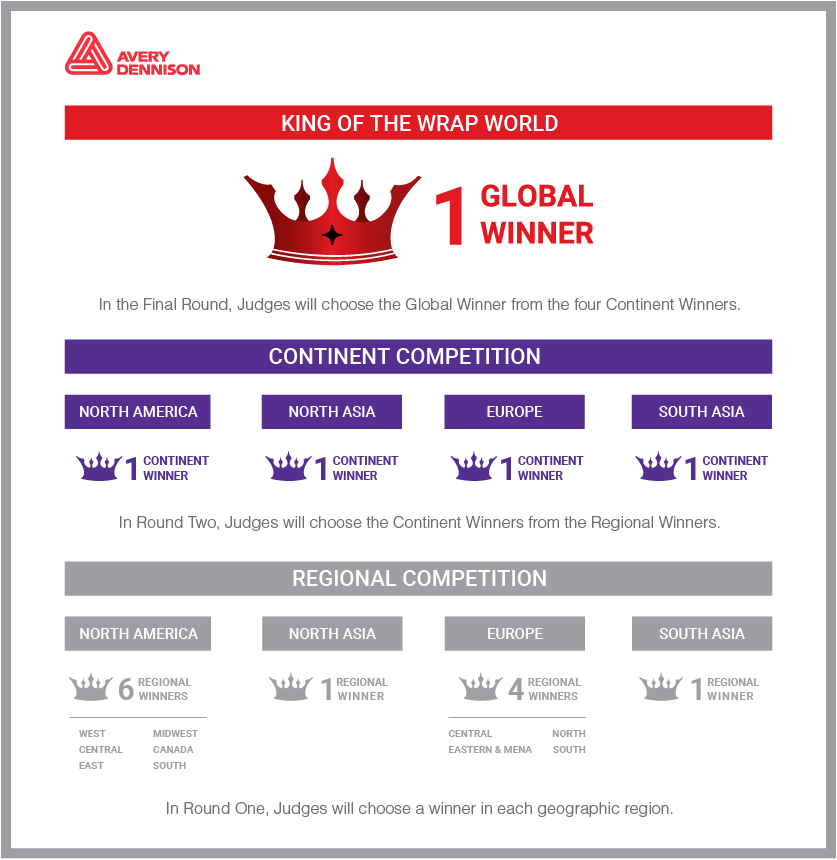 The Wrap Like a King Challenge is back for its fifth year, and this year’s edition will feature a new “Continent Wrap King” title to be awarded between the announcement of “Regional Wrap Kings” and the crowning of the “King of the Wrap World.” Also new for 2017 are the addition of Japan and South Korea, and the division of Europe into four distinct regions. The competition officially begins on July 1 and will run through September 15.

Wrap installers from 53 countries across the globe can submit commercial or color change wrap projects to be judged to win prize packages worth a total of $30,000. The first 25 submissions in the Challenge will receive a special entry prize. A panel of judges made up of industry experts will name twelve regional winners and four continent winners, with one named the overall best in show and crowned the “King of the Wrap World.”

The winners of the four continents, North America, Europe, North Asia and Australia/New Zealand, will receive a three night stay in Las Vegas for the 2017 SEMA Show, where the “King of the Wrap World” will be announced. The $3,200 prize pack also includes personalized Wrap Like a King swag, $500 in gift vouchers, a 67” Race Ramp and a variety of promotional and marketing tools for the winner’s wrap shop. The “King of the Wrap World” grand prize package is worth almost $5,000.

Visit www.WrapLikeAKing.com for official rules and to sign up for contest updates. Submissions begin on July 1, 2017. Official contest rules and regulations, judges and prize information will also be available.