The Avery Dennison King of the Wrap World is Exotic Graphix! 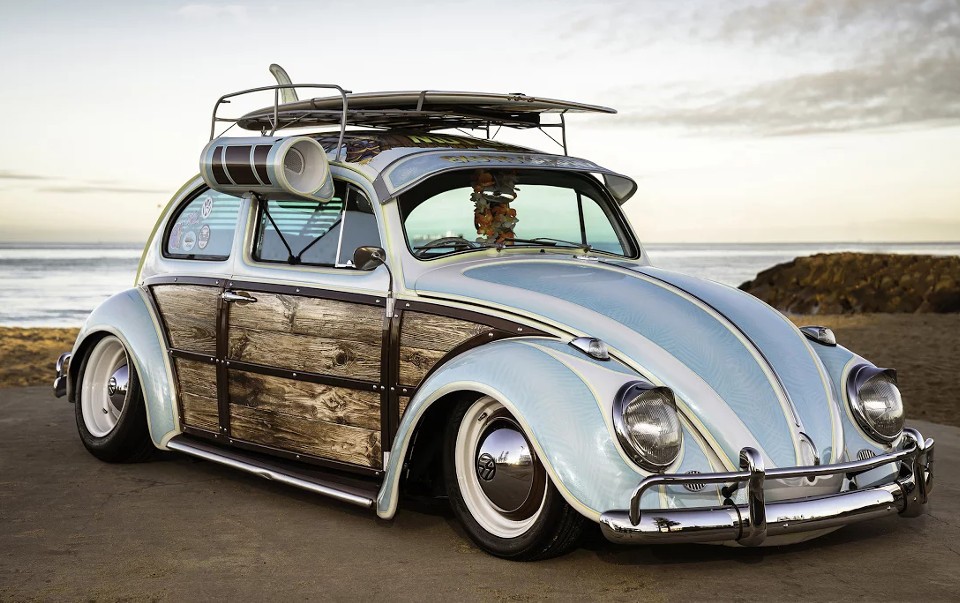 Lei’d Low by Nick Caminiti, car wrap installer at Exotic Graphix in Australia, was named the winner of the Wrap Like a King Challenge at the 2017 SEMA Show today. Caminiti competed against 159 other installers from 19 countries to earn the title of 2017 “King of the Wrap World.”

“Winning the Wrap Like a King title two years in a row is an incredible feeling, and we’re truly honored to accept the title of King of the Wrap World from Avery Dennison,” says Caminiti. “We knew the field would be gunning for the Exotic Graphix team after our success last year, but we put in the work and came out on top against a really accomplished field.”

Caminiti used Avery Dennison® Supreme Wrapping™ Film Diamond Silver and MPI 1105 with DOL 6460 overlaminate to complete his entry in the Challenge. Lei’d Low is a 1963 Volkswagen Beetle with a Hawaiian surf theme. It features three-dimensional, embossed wood effects created with vinyl film, as well as a fully templated vinyl wrap that replicates a 1960’s inspired paint job. Other points of interest include a wrapped steering wheel, a holographic visor and custom offset wheels.

“All of the region and continent winning wraps in 2017 took extraordinary skill, so the ultimate king was decided by a very slim margin,” says Peter Wright, Wrap Like a King judge and technical marketing manager, Avery Dennison Graphics Solutions, Australia/New Zealand. “The craftsmanship that we saw from the entirety of this year’s field was the most impressive yet and our expectations will only continue to grow as the number of talented installers increase across the world.”

The judges evaluated the submissions based on the criteria of visual transformation (difference between the before and after pictures submitted), quality and skill level of installation, overall public look and appeal and uniqueness of the design.

“A big congratulations goes out to Nick Caminiti. This year’s Challenge was bigger than ever before, with more regions and a new continental round. The entries lived up to the hype,” says Jeff Losch, North America marketing director at Avery Dennison Graphics Solutions. “Mixing films, creating complex layering schemes and achieving stunning visual effects are becoming the standard rather than the exception in this competition, which is so exciting for us to see. We have big ideas for what’s coming next in Wrap Like a King and we can’t wait to get started.”