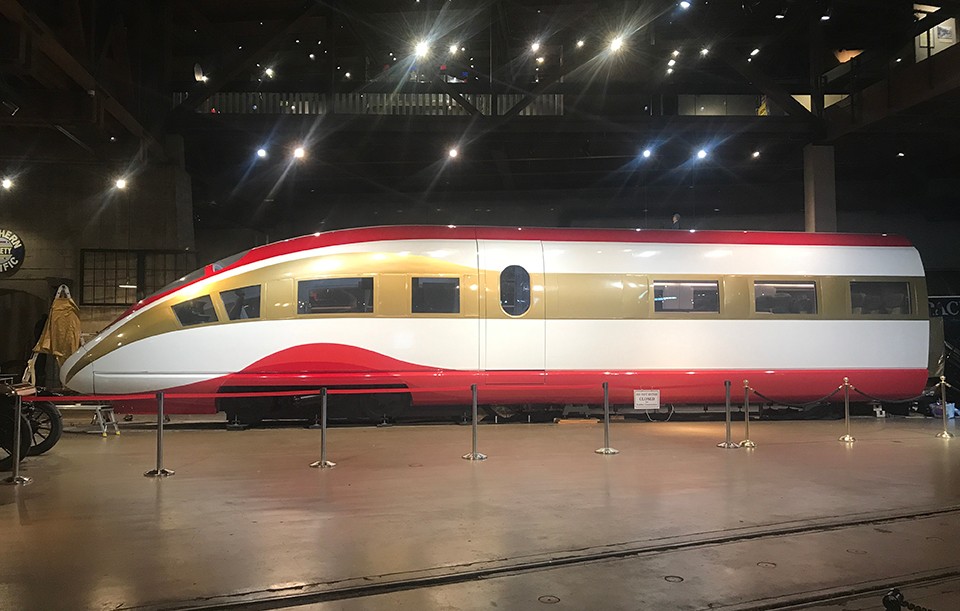 The “Fast Tracks: The World of High Speed Rail” exhibit at the California State Railroad Museum is focused on the future of rail. The goal of the exhibit is to help visitors gain a better understanding of the history of high-speed rail throughout the world by boarding a life-size mock-up of a high-speed Siemens train to see what it would be like to be a passenger and learn more about the technology that makes the train run.

Vehicle Wraps, Inc. has been providing Northern California with premium vinyl wraps and graphics for all styles of vehicles since 2007, and has worked with the Sacramento Transportation Authority and Siemens on many train wraps in the past.

Matt Brindac, design department manager, at Vehicle Wraps, Inc., managed the high speed rail wrap project and worked with Siemens on the design of the graphics. “Siemens wanted to emulate the design on another train and replicate it for the exhibit,” explains Brindac.

“We showed our client several color palettes from various manufacturers. She chose six Avery Dennison Supreme Wrapping™ Films because of the dynamic colors,” shares Brindac. “Our installers also love using Avery Dennison films, because the tack of the adhesive allows them to save time with the installation. We all love the bright and vivid color of the films and the finish options.”

The wrap adds an extra element to the high tech train that stands out among the historical buses, trains and cars on display at the museum. Until the high speed train and series E5 Shinkansen bullet-train simulator arrived, the newest item on display at the museum was a 1971 Amtrak locomotive. Learn more about the California State Railroad Museum.